Stuart has worked with the international IP firm Mewburn Ellis on the content development for its website, including articles on graphene, battery technology and future mobility.

For more than five years, Stuart has worked with London & Partners on many initiatives celebrating the city and its fast-growing companies and sectors. These have included:

Transatlantic Tech: an extensive series of interviews with US and Canadian entrepreneurs and senior executives about their experiences of starting and growing tech businesses in London

Capital of Convergence: a publication highlighting the density of domain expertise and technology talent in London and identifying the city as “the world capital of convergence.”

In addition, Stuart has written for London & Partners on the city’s  collaboration with Japan; on the development of its digital health sector; and on a response to the Brexit referendum.

Working with London Stock Exchange Group, TheCityUK and YouGov, Finance for Fintech surveyed than 400 fintech companies across eight countries – Australia, Germany, Hong Kong, Israel, Singapore, Turkey, UK and USA – about their growth plans and how they will finance growth.

Alongside this, 12 in-depth interviews were conducted with fintech CEOs. The report provided important insights about the scale and ambitions for global growth of the fintech sector. The report highlighted the UK as one of the top priority markets for fintechs seeking to expand internationally and raise finance.

For more than five years, Stuart has been deeply involved with the pioneering work of the ScaleUp Institute and its communications and content strategy. Past publications include:

Chairing a conference requires careful preparation, good humour and being a stickler for time-keeping.

Stuart has chaired many conferences in is career. Recently, he has been a regular chair of the UK Business Angels Association’s National Investment Summit and Winter Investment Forum. You can read more about these events here.

He has also been chairing a series of events in the Business is GREAT campaign, including a networking event on a Virgin Train from Birmingham International to Euston, and conferences at Gatwick Airport and Telefonica’s Soho office.

A business awards ceremony needs many things: slick organisation, a quality venue, generous sponsors and supportive partners, and a compere who can communicate the achievements of all the contestants – not just the winners – with warmth and intelligence. And the whole show needs to run on time.

Stuart has been hosting business award ceremonies since the mid-1990s. His most recent event was to compere the GREAT Faces of British Business Competition, which was held at the BT Tower. The Daily Telegraph featured this competition extensively. 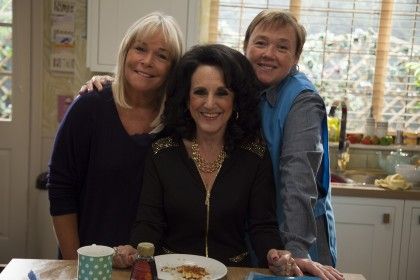 Birds of a Feather

Written by admin on January 7, 2021. Posted in Television.

Jo produced the revamp of BIRDS OF A FEATHER for ITV. It was a big ratings success. 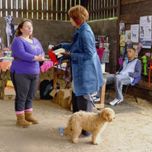 Written by admin on January 7, 2021. Posted in Television.